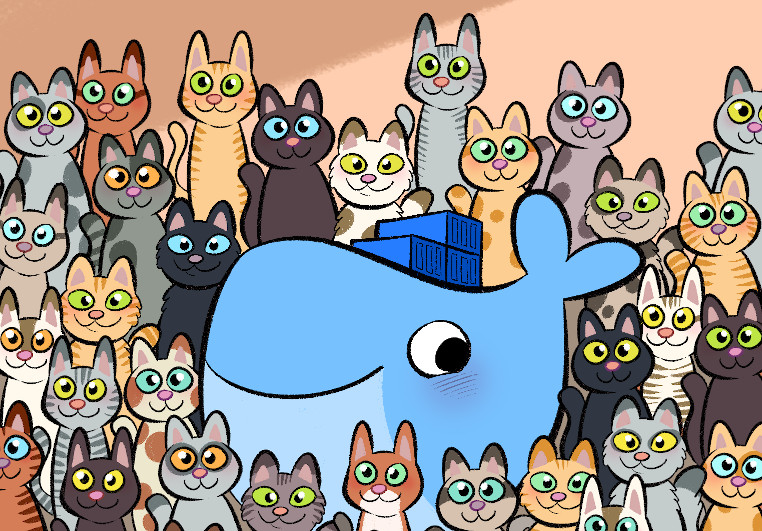 The universally advertized way of building Docker images with GitHub is to set up a GitHub Actions workflow.

Github Actions (GA) is actually very easy to use but nonetheless still under heavy development.

Unfortunately, almost all tutorials out there are based on (the same) very simplistic use cases. I just couldn’t get it right by simply following them : I’ve literally spent hours to test and understand how to leverage the cache action for Docker multi-stage builds.

I hope this post will be useful to anyone with a similar use case.

This article will not describe how to make your first GA workflow. We will look at traps to avoid when building multiple and multi-stage Docker images with GA, essentially covering caching, and more specifically using actions/cache@v2.

The first thing to take care of when building multiple images is to run tasks in parallel, whenever possible :

Let’s consider my use case. I have 3 images : alpine, debian and signal-debian, from which the first one : alpine, has no dependency on the 2 others.

Building them sequentially (as subsequent steps in a job) resulted in 1h50 runs… By simply building the alpine image in its own job I saved 40 min (the duration of the alpine build) !

I leave it up to you to look at the documentation :

Building Docker images on your local machine uses cache by default. If your Dockerfile is correctly crafted this DRASTICALLY enhances build time. In my case, building from scratch takes up hours. My first concern was therefore to ensure my Dockerfiles were always cache-optimized.

When building with GitHub Actions however, caching is not straightforward.

Let’s start with a conceptual difference between :

There are two ways to cache data with GitHub actions : upload-artifact and download-artifacts actions and actions/cache action.

Although actions/upload-artifact and actions/download-artifact might be able to cover both points above, it is not meant to cache docker layers. The major recommended approach I’ve seen is to use actions/cache@v2, which also covers the two concepts.

NOTE In theory, the ‘artifact’ approach should also work, but is not advertized for this kind of usage. This is maybe the premises of a future update to this article.

Common snippets found on the web for the docker/build-push-action will only cache final Docker images :

If you deal with multi-stage Dockerfiles, you SHOULD absolutely set mode=max attribute on the cache-to entry to enable caching of layers from all stages :

For me, this reduced the build time of individual jobs using the cache from ~45 minutes to 5-10 minutes !

There is an overhead

With this technique, subsequent runs of the same job will still vary (this is why I’ve stated a 5-10 min. variation above). It is due to actions/cache, which saves and retrieves the cache from a remote storage (S3 or alike). The more the cache grows, the longer it takes to get and save it.

I’ve observed varying overheads from 1 min. for a 2GB cache, up to 7 min. for a 4GB+ cache (including both download and upload). Repeat this for every job…

The exact pattern depends on what you put in the cache but this is something you should definitely keep in mind, as caching may not be worth it, for instance if your build is fast and uses a large cache.

There is a size limit

GitHub offers 5GB of storage : when this limit is reached or a week has passed, old caches will be deleted (based on their key).

This can be problematic if you build generates a large cache, because the closer your build reaches this limit on each run, the less you will benefit from it, as recent data will be deleted before they can be used.

The worst case happened to me : I was building 3 images using multi-stage builds and including large base image : the build typically exceeded the 5GB limit on each run and at least one of the 3 caches was deleted everytime, meaning that only 1 or 2 images could reuse the cache from the previous run.

In the worst case, if your build always exceeds the cache limit, the cache will be discarded everytime and you will only be able to get some benefit from within a job, not between two subsequent runs.

Your best bet to overcome this limit would probably be to use self-hosted runners or external storage (e.g. AWS), however if you feel up to it here are some tips :

Sample workflow that could be split into several jobs

In the example below, 2 steps share the same cache. If the 1st step ‘docker_build_debian’ fills up the cache with 5GB of docker layers, the 2nd step ‘docker_build_alpine’ will likely not be able to add more content to the cache and will either crash or be discarded by GitHub prior to the next run, forcing it to start again from an empty cache.

The key to cache matching

The actions/cache matching algorithm is based on the cache’s key, which could be thought as a branch in a tree : from the trunk to the leafs, the latter representing the most specific cache. If your build does not match or evict the cache as expected, I encourage you to read the docs thoroughly, including the examples, as it may reveal the root cause.

You will not want, for instance, to share the same prefix between 2 jobs that have no Docker layer in common (e.g. a FROM alpine and a FROM debian may not), otherwise each one might match the cache of the other one, increasing its size by adding its own layers but without finding any layer to reuse.

A more efficient use of GA cache here would be to make sure they target separate caches so they can be evicted separately. This can be done by limiting the restore-keys to non-overlapping values :

Out of the box, GitHub Actions allows to quickly set up continuous integration workflows for very basic requirements.

First make sure to design your workflows so that they take advantage of parallel building. Think about the dependencies between your steps.

Caching is another key factor to faster builds : the actions/cache@v2 action can greatly improve the speed of the builds (x5 to x9 !). However, to use it right, this action requires a deep understanding of its internal workflow and the current limit to 5GB may compel you to spin custom runners or add your own storage, if your build regularly exceeds this limit. You may also not need to use such a cache if your build only takes a few minutes to complete, as downloading & saving the cache adds an overhead to the total execution time.

This article showed some tips and workarounds to get the maximum of actions/cache : by combining some of those practices I was able to speed up repeated builds of 3 complex images from 1h50 to 10 minutes…

My final word would be to build & test a maximum on your workstation so you won’t need to spend time on the tricky parts of this article. Once your build has become stable you will not bother waiting from time to time for it to end, as you will be confident that it will succeed in one attempt. For a lot of Docker build scenarios parallelization and basic caching alone will be sufficient.